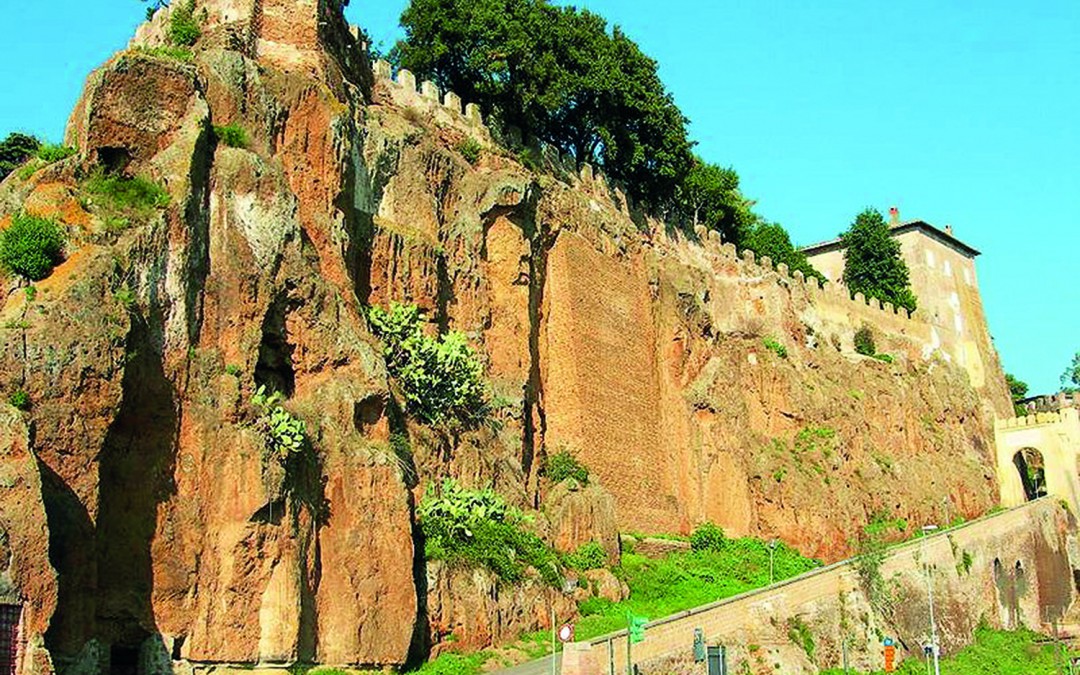 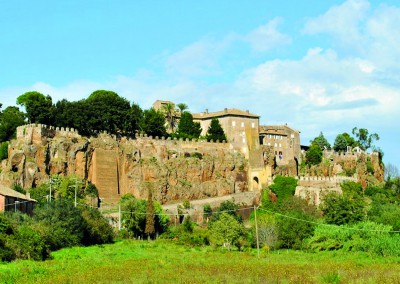 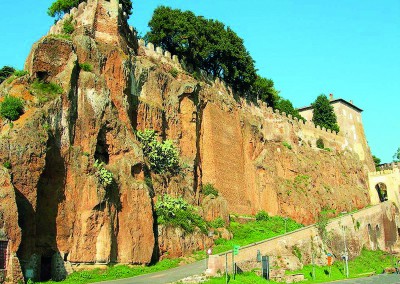 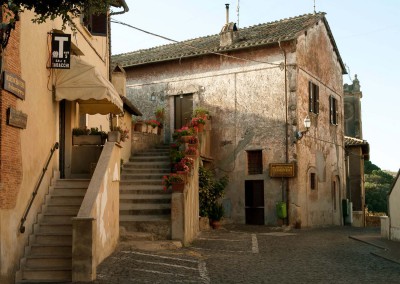 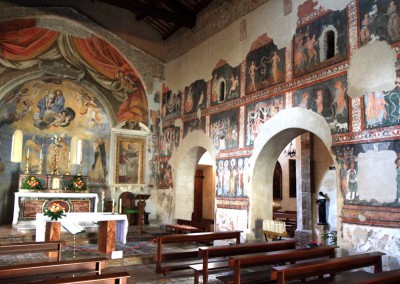 Ceri is a village in the municipality of Cerveteri: it occupies a fortified plateau of tuff at a short distance from the town. It stands on an Etruscan settlement that was certainly an integral part of the ancient city of Caere. The hamlet as it looks today was founded when the inhabitants of Caere moved in looking for a better protected site: the documents attest it happens since 1054 A.D. To the new site they gave the name of Caere Novum (simply Ceri, not to be confused with Cerenova), in order to distinguish it from the ancient city, Caere Vetus(Cerveteri). In the same period, the castle was constructed for the defense of the town. You arrive in the village walking on a road carved deeply into the rock: after the double bend you arrive in the square where they are visible, still embedded in a home, the remains of a building in opus latericium (brickwork) that testifies the life of the site in Roman times. The main attraction is the Romanesque Church of the Madonna di Ceri (which was previously dedicated to St. Felice). The original building dates back to 11th c., built on the highest point of the settlement, presumably on an Etruscan sanctuary. In the church are preserved frescoes dated from the early 12th c. attributed to the art workshop which painted the frescoes of St. Clemente in Rome. This cycle is an important example of religious painting relating to the artistic program of the Gregorian Reform.