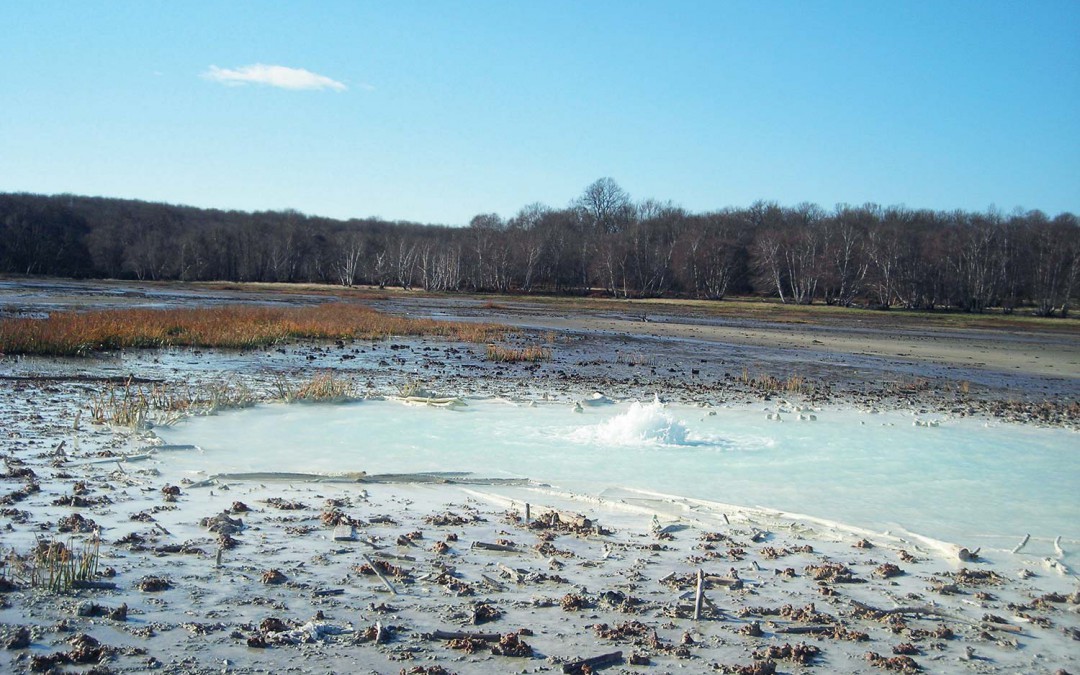 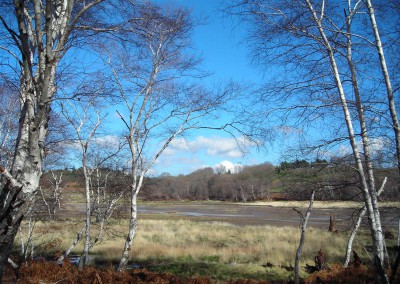 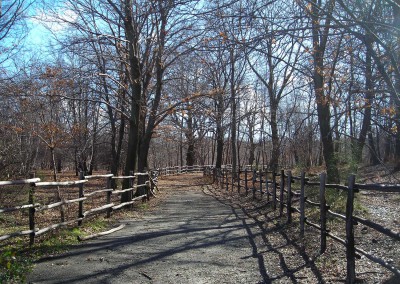 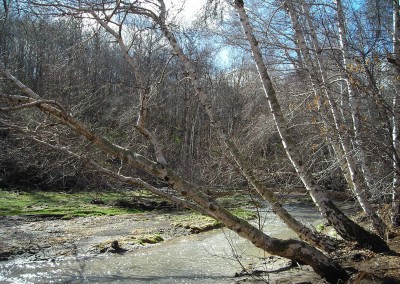 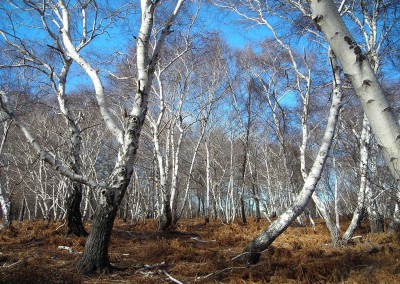 The village of Manziana is home to two very interesting biological and geological sites: Macchia Grande, about 580 ha (1.430 ac) of Mediterranean maquis, in which a number of historical and archaeological sites are hiding, and Caldara’s natural monument.

The Caldara is a circular depression, probably a small crater (a caldera, hence the name), evidence of the presence of the ancient volcano Sabatino, which 600.000 years ago occupied the entire rift valley between Monti della Tolfa and Soratte. In Caldara there are three distinctive natural environments: the swamp of sulphurous waters, the birch grove and the peat bog. At the heart of Caldara there is a bog in which the water gurgling in various springs as a result of the gaseous emissions of sulfur dioxide: the thick layer of mud that has been accumulated has generated the swamp. The water is rich in sulfur compounds, thatis recognizable for having a characteristic odour. The white birch (Betula pendula) is a species that lives in cold climates, in the tundra: at these latitudes is extremely unusual. It could be a wreck post-glacial: the birches, perfectly acclimatized, would have remained in this area until the present day thanks to the special microclimate. Other trees in the area are the black alders, the oaks, the Montpellier maples, the European crab apple, the medlar, the Hop Hornbeam, the Field Elm, the blackthorn, and many shrubs.