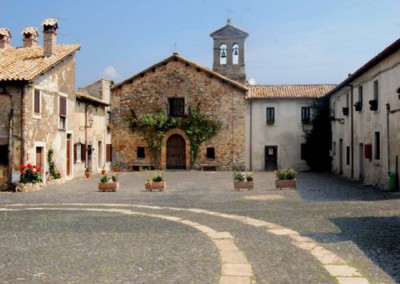 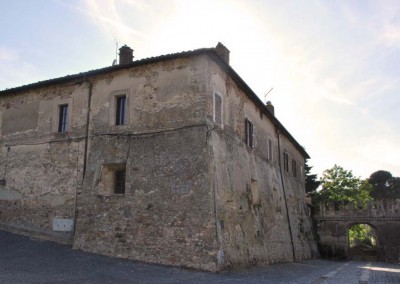 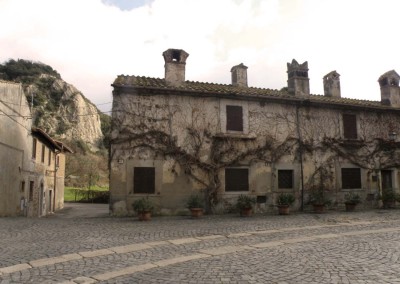 Castel del Sasso, or just Sasso, is a small hamlet in the Municipality of Cerveteri. It takes its name (which literally means stone) from the great trachytic cliff thats nearby. The settlement preserves its late medieval appearance: the wall show the coat of arms of Patrizi family, which bought the feud of Sasso in the XVI c., and still owns it. In the main square there is the church of the Holy Cross. In the nearby Mt. Santo (the Sasso), there are some scanty remains of ancient walls dating back to the XII c., which were part of the original medieval settlement. This is a charming place that you can visit in a short time, maybe along the way to the sea. But you may consider it a place to have a romantic dinner, for being therea few interesting restaurant.