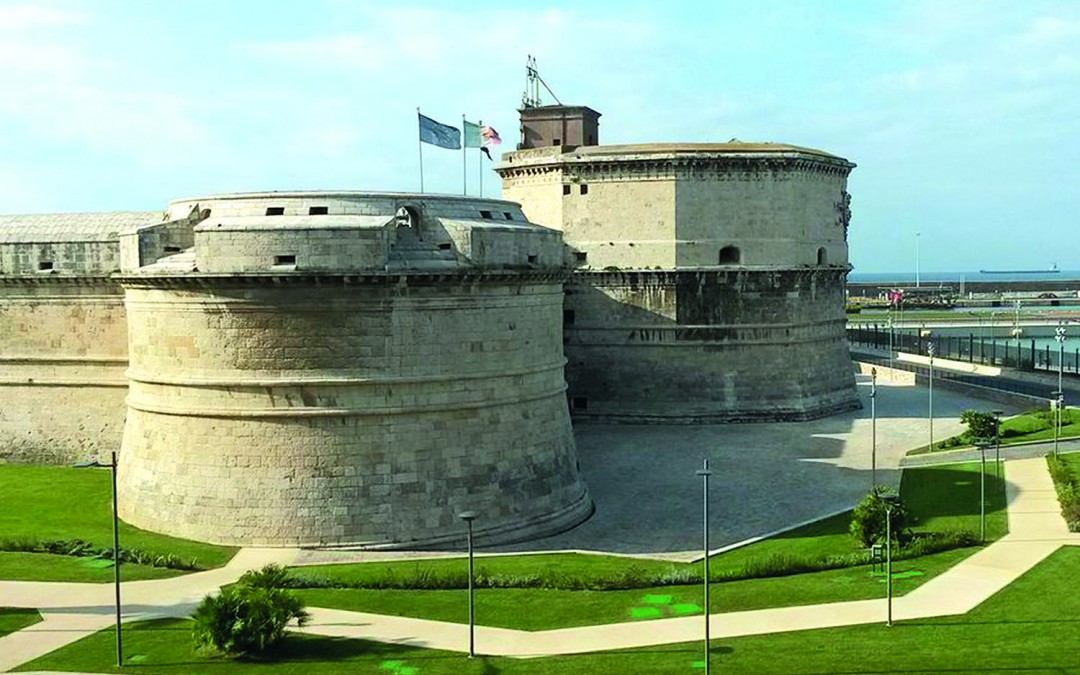 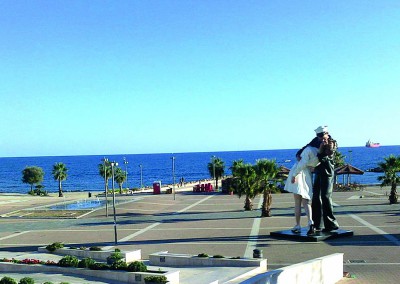 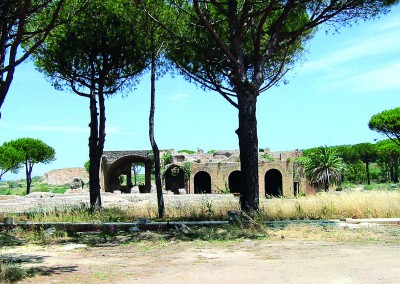 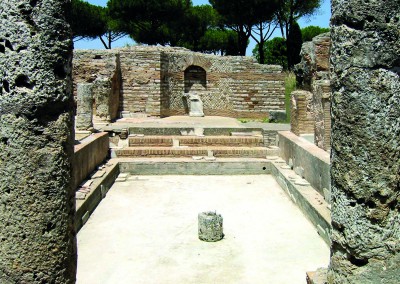 Civitavecchia is a port city overlooking the Tyrrhenian Sea: its port is among the most important in Italy, second in Europe by number of passengers. Although the territory is inhabited since the Neolithic, a real city is formed only in imperial times, at the behest of Trajan, who wanted to build here the new port of Rome. The work proceeded for three years, (107 – 110 AD), during which time the emperor made his residence nearby, at Centumcellae, where he had built a great palace. Civitavecchia had a troubled life during the Dark Ages, being at the center of the ambitions of Byzantines, Lombards, Papacy and being prey to Saracens: it came firmly under the temporal power of the Church only in the 15th c., after being disputed between the Guelphs and Ghibellines at the begin of Middle Ages. Pope Julius II (1503 – 1513) began construction of the Bramante’s coastal fortress: it was completed in 1535 by Michelangelo, who designed the upper part of the hexagon keep. More fortifications were added over time, as the walls of Sangallo (1555). In the 17th c. Civitavecchia was equipped with arsenal, for being the headquarters of Papal Navy. At the end of the same century was restored the Trajan aqueduct, which supplied the city. The old port is now, as a whole, an important architectural work in addition to military structures are valuable the Fountain of Vanvitelli, the tower of the lazaret, the antemurale. Today it is on the end of the long seafront promenade where there are many restaurants and bars. The National Archaeological Museum, housed in the 18th c. palace that was once the seat of the papal garrison, contains a number of findings from Centumcellae.

The archaeological site of Terme Taurine (or Trajan) is located a few kilometers from Civitavecchia, on a hill from which you can enjoy the beautiful views of the Tyrrhenian. It lies in open countryside and is a genuine archaeological park. The name Taurine comes from the Latin word taurus (bull): Rutilius Namatianus tells that a god in the guise of a bull, scraping the ground with the hoof, found the sulfur hot water. The complex is divided into two areas: the Republican Baths (1st c. BC), built in opus reticulatum (reticulated work) and the Imperial Baths, built in opus latericium (brick work) between 123 and 136 AD. Among the ruins you will find baths, massage rooms and mosaics with ornamental motifs. Since 2000 in the ancient complex there is also a botanical garden.

The Bath of Ficoncella is a free thermal complex, where you can immerse yourself in one of the five pools. The water is hot, odorless, and therapeutic.