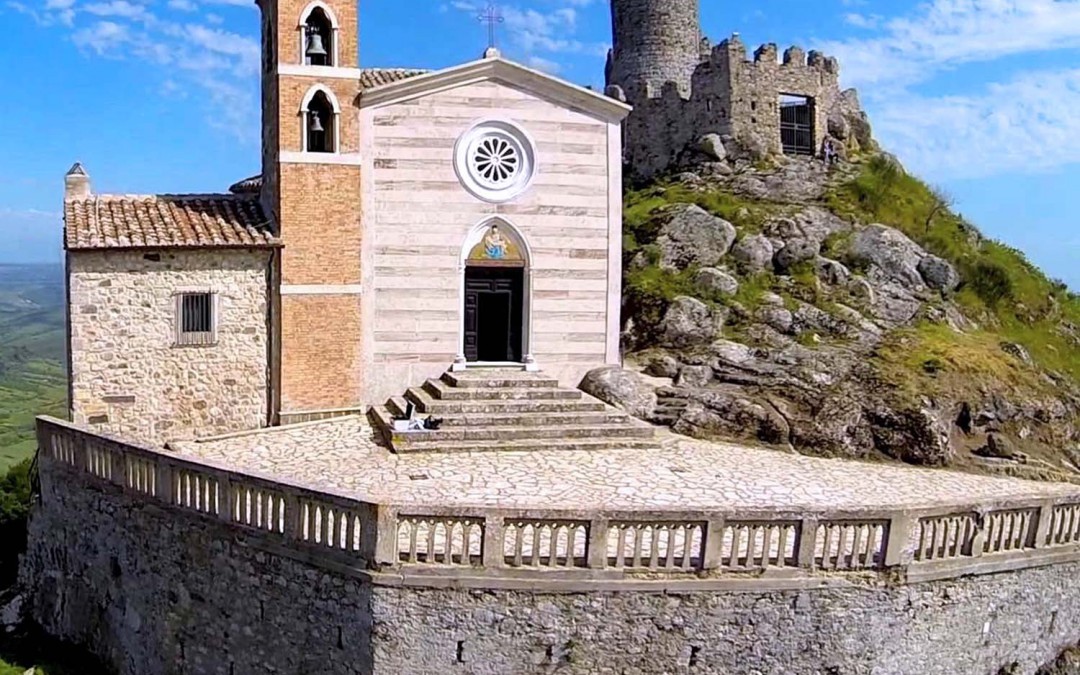 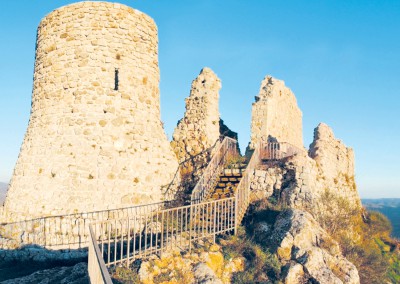 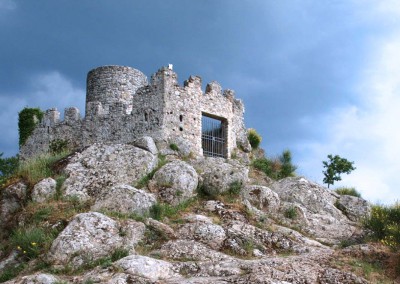 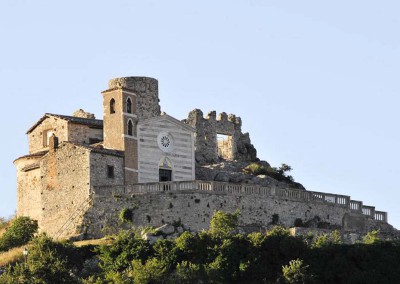 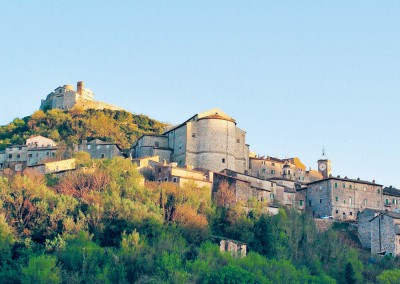 Tolfa is a beautiful town of medieval origin, and the main center in the Monti della Tolfa, an extinct volcanic group between Civitavecchia and the Lake of Bracciano. The town stands on a rocky spur overlooking the valley, and is dominated by the picturesque ruins of the Castle of the Frangipane (half of the 15th c.). The oldest traces of settlement date back to Neolithic: there are also traces of the Bronze Age. The present-day village has developed in the Middle Ages around the fort that existed before the fortress, since 11th c., following the shape of the conical hill, which has given Tolfa the characteristic semicircular plan. All that remains of the castle, which was destroyed by the French under Napoleon in 1799, are the crenellated walls, the cylindrical keep built in square blocks of local stone, and part of the central body, where still remains a basement with loopholes and a large central hall with groin vault.
On the site you will enjoy a splendid view of the Monti della Tolfa. Adjacent to the castle is picturesquely embedded the small Church of the Madonna della Rocca: inside is an altar piece attributed to the brothers Carracci (16th c.). In town there is the Church of Madonna della Sughera (built around a cork tree, where two hunters had the apparition of the Virgin Mary and the Child Jesus), whose construction (15th c.) was commissioned by Agostino Chigi. Inside there are the public library and the Civic Museum, which houses artifacts dating back to the Etruscan, Roman, Medieval and Modern times.