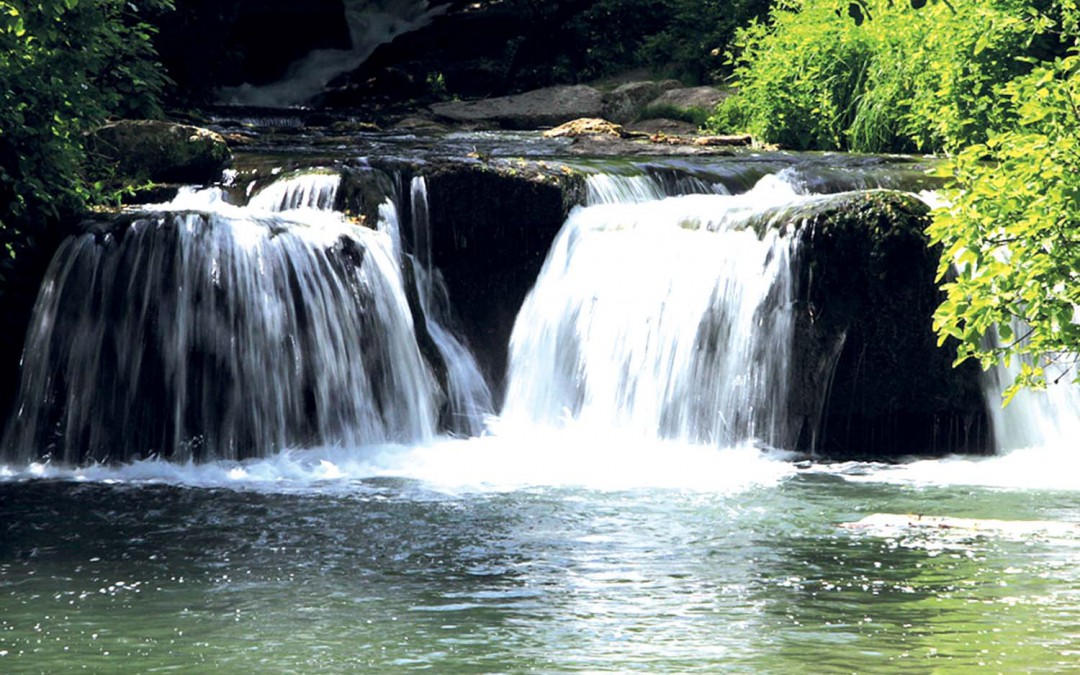 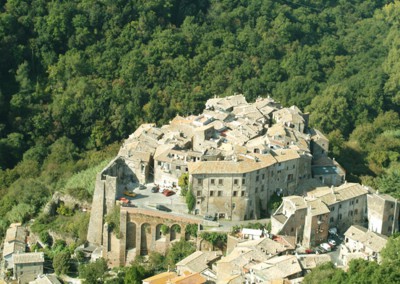 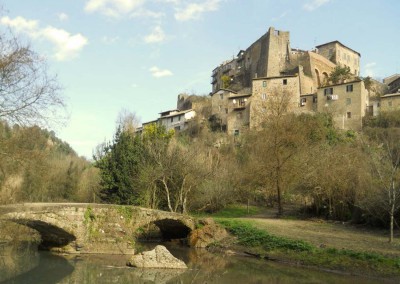 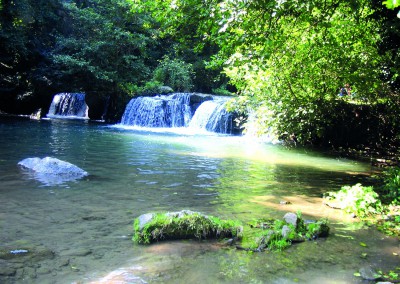 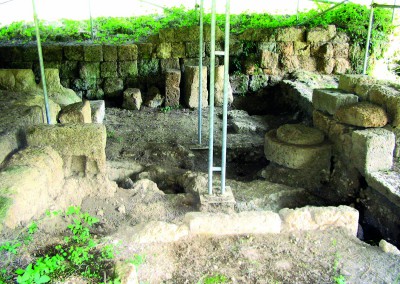 Mazzano Romano is a small town perched on a tufa rock, surrounded by wood and farms. The old town is interesting for the Palazzo baronale (15° c.), piazza dell’Antisà (“in front of the saints” square), the ruin of Church of San Nicola (16° c.), designed by Jacopo Barozzi da Vignola. Just outside the town lies the Church of S. Sebastiano.

Nature Park of Treja’s Valley
The protected area spreads over an area of 600 he (1482 ac) covered by dense vegetation and crossed by the river Treja. The whole area can be visited on foot or on horseback, following the marked trails. Many species of animals inhabited the area: foxes, badgers, porcupines, weasels, woodpeckers, jays, owls, coquettes, barn owls and tawny owls. Many plants thrive in the dense vegetation, including orchids, daffodils, periwinkles, buttercups, cyclamens, primroses and wood violets. The list of park’s sites to visit include the waterfalls of Monte Gelato, formed by the Treja, an highly suggestive site which has been used as setting in many films. Nearby lies an old restoredwater mill. There are also several water sources: following the path on the left bank of Treja, after about 1 km from the waterfalls you’ll find a fountain of fresh and effervescent water (Fontana Salsa). Near Mazzano is an old furnace that still bakes bricks and tiles according to the ancient tradition. In the northern side of the park lies the archaeological site of Narce, an ancient Faliscan settlement, which has been continuously inhabited since the Bronze Age to the 2nd c. BC. Many examples of Faliscan art and culture have been found in the numerous tombs discovered near the settlement. Between the 6th and 5th c. BC the inhabitants of Narce erected two suburban sanctuaries: that one of Monte Li Santi at Le Rote, can be visited (it’s located along the banks of the Treja).