Warning: Use of undefined constant WPSEO_Frontend - assumed 'WPSEO_Frontend' (this will throw an Error in a future version of PHP) in /home/mhd-01/www.gismonda.it/htdocs/wp-content/plugins/ceceppa-multilingua/includes/compatibility.php on line 324
 Calcata - Agriturismo La Gismonda a Bracciano
(+39) 3294237639 / 0699815284 info@gismonda.it 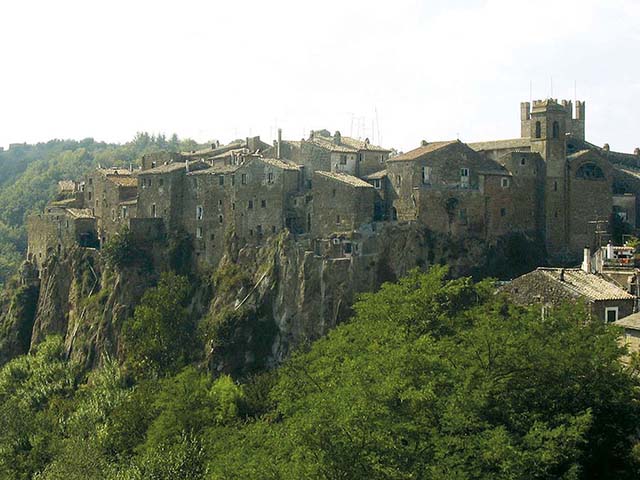 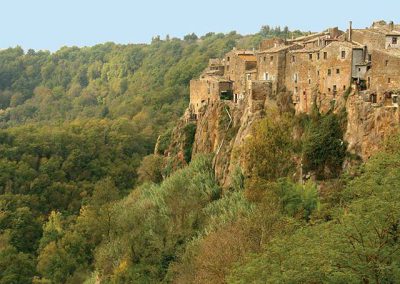 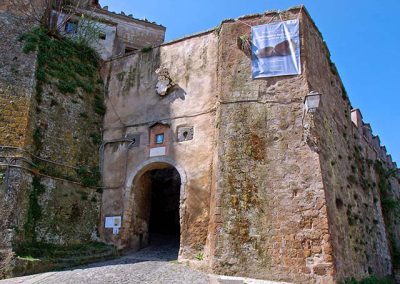 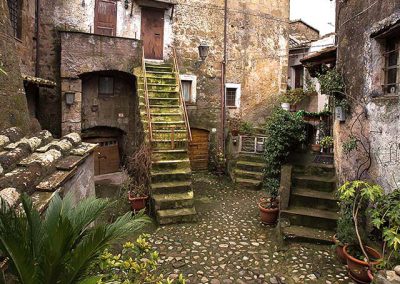 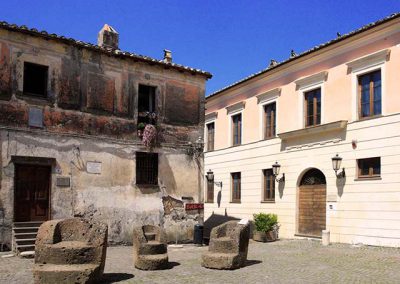 Calcata is a small town perched on a mountain of tufa, at the center of the Park Valle del Treja.

The existence of Calcata is documented from the 8th c.: the current village, however, dates from the 13th c., when the family of Anguillara built the walls and the baronial castle.

The settlement of Narce, located behind the village proves that the site was inhabited as early as the 13th c. B.C., by the population of Falisci (literally people of Falerii). Later the site was ruled by Etruscan.

Over time the weaknesses of the tuff cliff led the inhabitants to move downstream, preserving the charm of the place.

Nowadays the village is completely closed to traffic and you can only enter village on foot, through a large fortified portal.

Behind the gate there is a small square on which stands the Church of SS. Name of Jesus, dating from the first half of the 14th c.

From the square narrow streets unfold: they wind through small houses and old cellars, now restored and used as stores of objects of art and antiques.

Wandering through the village you can rediscover the ancient walls of the houses windows, portals and the famous medieval profferli.

A visit to Granarone, an old restored medieval barn where they organize concerts, debates, conferences and courses in painting and sculpture, is recommended. Today Calcata is inhabited mostly by artists from all over the world.

Calcata is a part of the Regional Nature Park of Treja’s Valley: in the nearby lay the faliscan archaeological site of Narce and the waterfall of Monte Gelato. 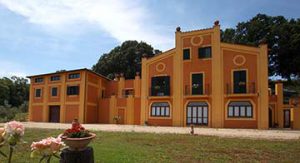 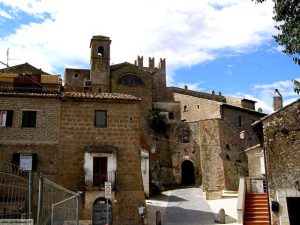