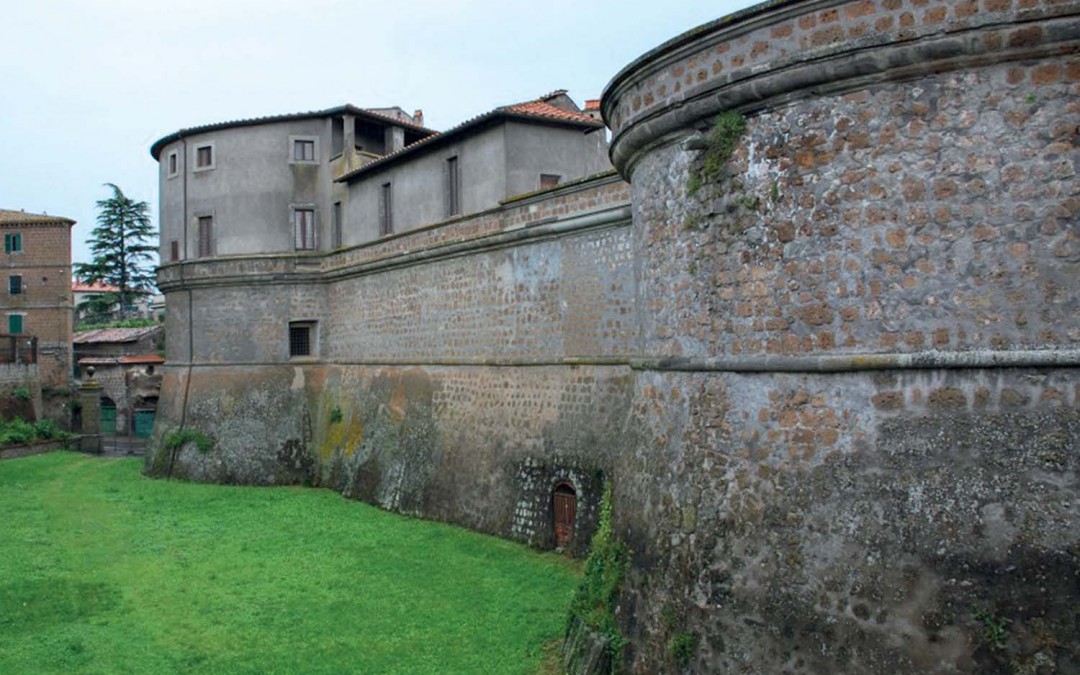 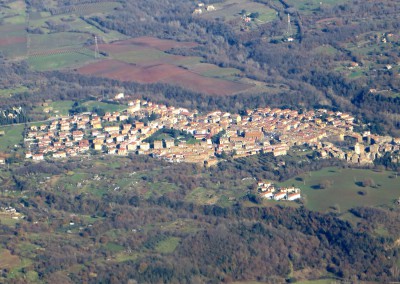 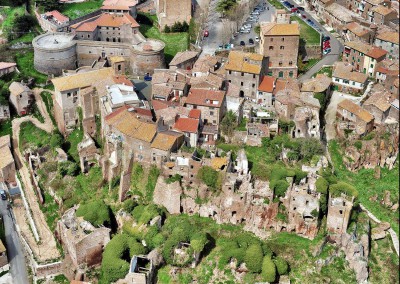 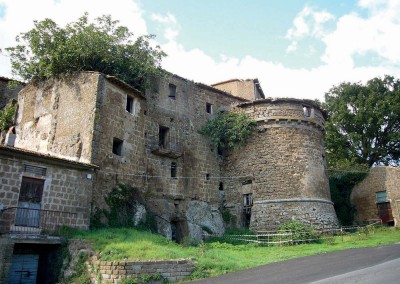 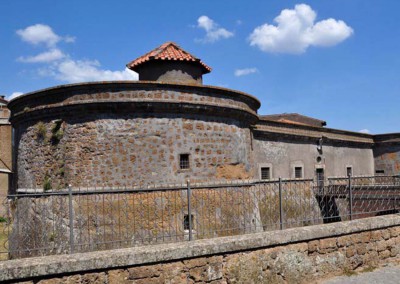 Vejano is small town in southern Tuscia, perched on a volcanic outcrop. It is worth a visit because it shows clearly the shape of the typical medieval settlement of Tuscia: the houses, one against the other, have been built like a boundary wall, which surrounds the castle. Both houses and fortress have been built by blocks of local tufa. The castle, built by Anguillara’s family, was destroyed in 1493 by Pope Alexander VI Borgia, and rebuilt by Onofrio Santacroce in 1518. It has a triangular plan equipped with three imposing towers: it is distinguished from other fortresses and castles of Tuscia as the foundations are dug into the tuff. The lower floor was used as stables and cellars, gendarmerie and prisons, while the top masonry was the residence of the lords of Viano. A moat protected access from enemies, while the three towers dominated the valley from every angle. The castle is not open to the public but you can see a lot of it from outside. You may stop at Vejano during a journey to another destination.