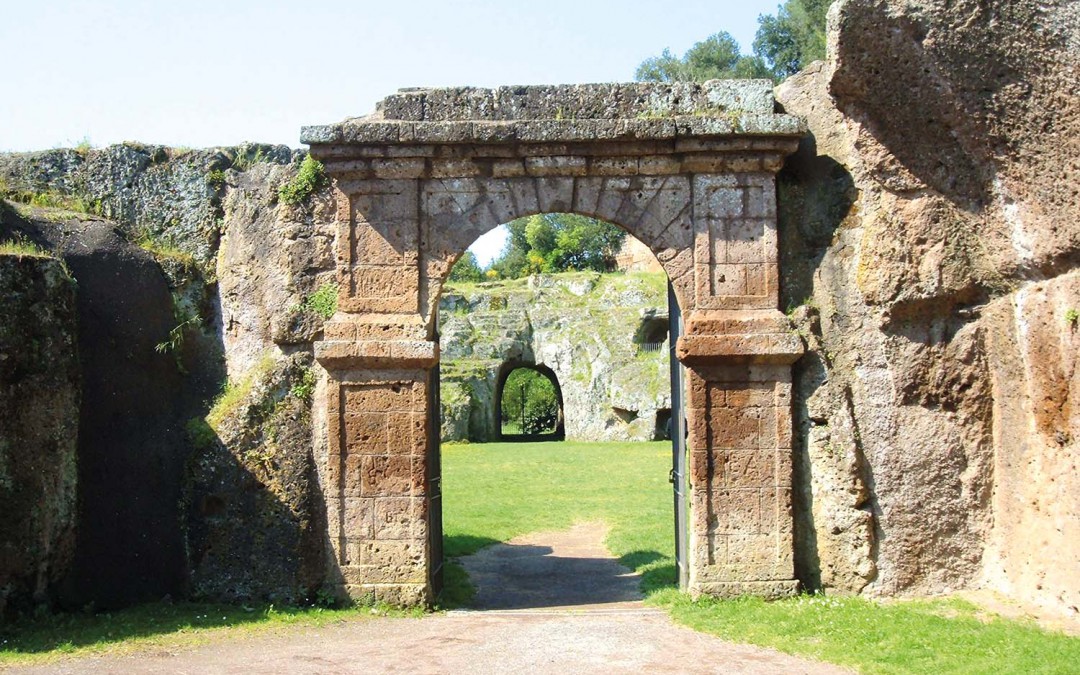 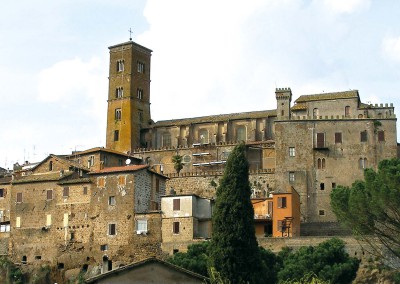 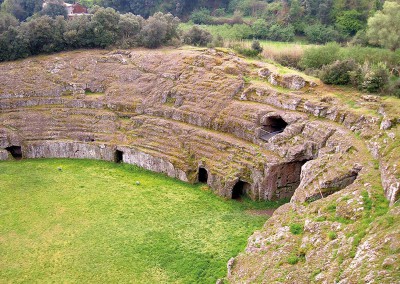 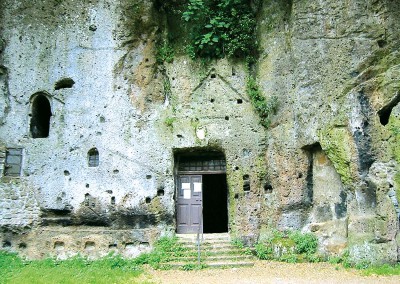 Sutri is a small town in the Tuscia, perched on a spur of tuff. In the past it has been a Bronze Age settlement, an Etruscan village, a Roman town (Sutrium, the first Latin colony of Rome) and, in the Middle Ages, an important fortress to protect the road to Rome (Via Francigena). Etruscans and Romans have left many important traces, now preserved in the Urban park of the ancient City of Sutri, while the town reminds of the Middle Ages. In the Dark Ages Sutri has been a settlement of paramount importance because it controlled the Via Francigena: for this reason it has been involved in the wars between the Lombards and Byzantines, until the year 728, when King Liutprand gave the city to Pope Gregory II: this donation is considered the beginning of the temporal power of the Church, and the first step into the establishment of the Patrimony of St. Peter. In the 9° c. is the setting for the legend of valiant Roland, nephew of Charlemagne, who was born in Sutri, in the cave called del Paladino Orlando (originally an Etruscan chamber tomb). In the Middle Ages Sutri was at the center of fighting between the Guelphs and Ghibellines, ended in 1433 when the town was set on fire. Since 5° c. Sutri is a bishopric. In the town you may want to visit the City gate called Franceta, the old wash (which, in summer, is home to valuable musical events), the Romanesque Church of St. Sylvester Pope with the Italian hours clock, and the Musem of Patrimonium, which preserves artifacts dating from Roman to Contemporary.

In just 7 he (17 ac) the small park contains several important archaeological sites, placed in a rich and lush natural environment and very easy to reach. Roman amphitheater (2nd – 1st c. BC) is surely the most impressive site: its peculiarity is that it is entirely dug into the tufa. The plant is elliptical in shape and consists of three rows of leachers, able to contain more than 9,000 people. The Roman necropolis (1st c. BC), is visible along the road to Rome and consists of 64 tombs carved into the tuff wall. It’s considered one of the most representative examples of Roman hypogea. Very interesting is the Mithraeum: it’s been Etruscan tomb, pagan temple (dedicated to the god Mithras), Christian church (at first dedicated to St. Michael the Archangel, later to St. Mary with the child). The building, dug into the tuff, is rich in frescoes that adorn the walls and columns.