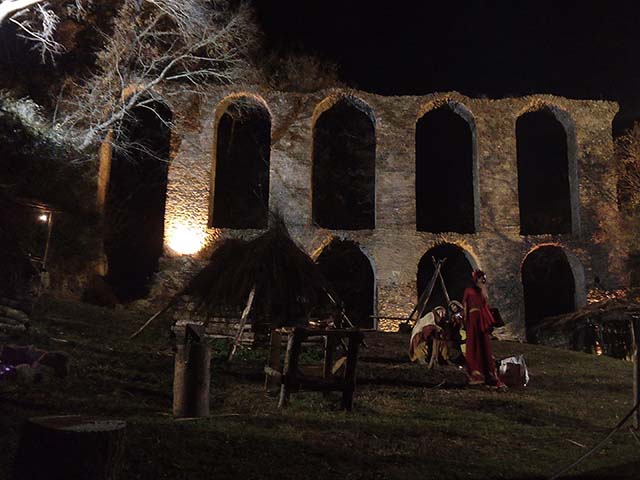 The ancient village of Canale Monterano will have the opportunity to attend the fifth edition of the nativity scene, a Christmas tradition will take place the days: 18 December 2016, 26 December 2016, 6 January 2017!

Every day, many actors, represent the ancient walls of the Canale Monterano, an abandoned medieval village. The actors are dressed in medieval clothes, this choice is made in particular to underline the medieval location of the country.

Tour of the crip

The entrance is payment, they will have in exchange some wood coins which, inside, it can be exchanged with wine, artisan grappa… The route is not obligatory, you can explore the live nativity scene freely. Inside the exhibition, there is a real food stand where, however , you pay in euro. Along the way you can find portables toilets and fireplaces to protect from the cold temperatures. At sunset, street lights, fireplaces and headlights illuminate the crib ..

How to get there

In the occasion of the Christmas living nativity scene, a shuttle bus service between the parking, which these days serves the Canale  Monterano site and the parking of the stadium of the ancient village; the service is free and runs frequently (paid parking).

It is advisable to program the departure in the early afternoon because after the 17 p.m. parking tends to run out.
As regards to the clothing we are recommended suitables clothes to the countryside and dirt roads. Also as the Christmas Event and subject to climate change is recommended to refer to the official page on facebook Contrada Carraiola for all details.